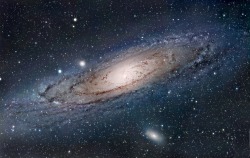 Beauty is a characteristic of a person, place, object, or idea that provides a perceptual experience of pleasure, meaning, or satisfaction.The earliest theory of beauty can be found in the works of early Greek philosophers from the pre-Socratic period, such as Pythagoras. The Pythagorean school saw a strong connection between mathematics and beauty- a cold and austere type of beauty admittedly. In particular, they noted that objects proportioned according to the golden ratio (1.61803399) seemed more attractive.

There are researches indicating that the experience of beauty, emerges early in child development, and that the standards of beauty are similar across different genders and cultures. In its most profound sense, beauty may engender a salient experience of positive reflection about the meaning of one’s own existence. Because this is a subjective experience, it is often said that «beauty is in the eye of the beholder.» It is the quality that gives pleasure to the mind or senses and is associated with such properties as harmony of form or color, excellence of artistry, truthfulness, and originality. So, it was essential for the «silicon» industry and mostly for software industry to have some guidelines based on studies of human-computer interaction. One of the most important goals of human-computer interaction tests is the «Emotional response». The studies produced a documented guidelines called «Human interface guidelines» (HIG). These are software development documents which offer application developers a set of recommendations on how to improve the experience for the users and making application interfaces more intuitive, learnable, and consistent. Examples of HIG for the two major Desktop Environments (DE)of Linux, are GNOME Human Interface Guidelines and KDE Human Interface Guidelines

The DE is the first optical interaction when a computer boots up and is ready to operate by its user. Typically consists of icons, windows, toolbars, menus, folders, wallpapers, etc. Software architects of DE are trying to create a consistent experience across the environment, including all the applications and other tools being used. This doesn’t mean that they always succeed. The reason is mostly because FOSS developers are naturally free to break the rules of HIG if they think that they do not fit their application. As a result all those apps and tools may come to a point that brake the harmony of the environment and make the operating system look inconsistent and therefore «ugly».

Fortunately, users of Linux operating system have the opportunity to alter easily the look n’ feel of their DE by changing the default themes, icons, fonts, menu and window styles etc or even their DE. Inevitably, this creates a huge amount of different Desktop styles, where every user has his own perception on how should the desktop look like. It seems that it is a pursuit of beauty and perfection for the eye of the beholder.