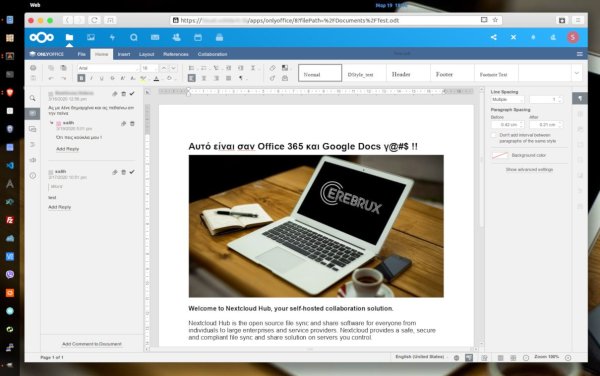 END_OF_DOCUMENT_TOKEN_TO_BE_REPLACED

StarDivision, the original author of the StarOffice suite of software, was founded in Germany in the mid-1980s. It was acquired by Sun Microsystems during the summer of 1999 and StarOffice 5.2 was released in June of 2000. Future versions of StarOffice software, beginning with 6.0, have been built using the OpenOffice.org source, APIs, file formats, and reference implementation with Sun’s sponsorship who is the primary contributor of code to OpenOffice.org. CollabNet hosts the website infrastructure for development of the product and helps manage the project.

Nowadays, OpenOffice.org is the leading open-source office software suite for word processing, spreadsheets, presentations, graphics, databases and more. It is available in many languages and works on all common computers. It stores all your data in an international open standard format and can also read and write files from other common office software packages. It can be downloaded and used completely free of charge.
Many of the new features of the latest version, are only noticeable depending on how much of the OpenOffice suite you use. If you’re a rebel and you use it in your work environment when everybody else is still on Microsoft Office, the compatibility with Office 2007/2008 file formats is hard to ignore. Finally getting native support for DOCX and XLSX, for example, is long overdue and the formats are now seamlessly integrated. However, OpenOffice can not yet save files in the new MS Office format.

The new Start Center should appeal only to users who like having a landing page or only want to have one link on their desktop. It opens up a slightly redesigned window that highlights all of the OpenOffice tools with big icons. I find the Quickstarter to be a more effective and less intrusive way to do the same thing. Unfortunately, the interface within each program in the suite has gone largely unchanged. It looks fine when compared with MS Office 2003, but not so much when up against the Office 2007/2008.

Other improvements to the two most-used programs in OpenOffice include multiple page viewing, improved notes and commenting, and improved PDF creation and importation in Writer, and a Solver feature and spreadsheet sharing in Calc. Most of these changes bring OpenOffice up to the new standard of MS Office. Besides the OpenDocument Format support, there’s little here that you can’t get in Office. Of course, the benefit of OpenOffice being freeware can’t be understated.